It’s not just teaching and curriculum that need a boost in September - what about school fruit and veg? 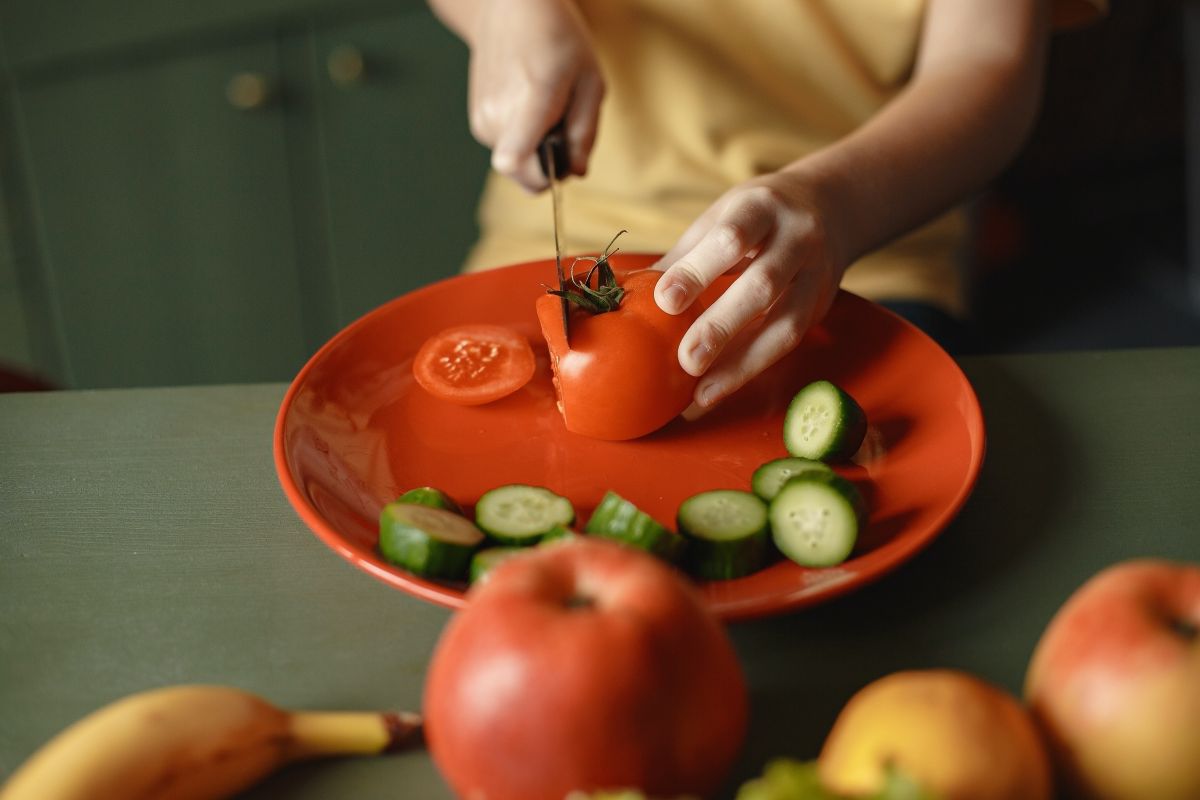 The School Fruit and Vegetable Scheme offers 2.3 million children aged 4 to 6 attending state-funded primary schools in England a free piece of fruit or veg each school day. It was suspended in March and after months of campaigning the Government finally confirmed the scheme will resume in the Autumn. But how could this Scheme go further to better meet Government aims?

School holidays are upon us and this year, for the first time, 1.3 million UK children on free school meals will have access to support during July and August. Universal Infant Free School Meals and the School Fruit and Vegetable Scheme, suspended when schools closed in March, will be back in September. This should be cause for celebration but unfortunately, it’s not just teaching and curriculum needing a boost in September. Even in ‘normal times’ 80% of children were not eating their 5 A Day. Following lockdown, there’s been a massive decrease in fruit and vegetable intake reported by children receiving free school meals, according to a study from Northumbria University’s Healthy Living Lab. In this study just over half of pupils who would have received free school meals on site stated they had eaten no fresh vegetables across a three-day period following the UK’s COVID-19 lockdown. Vegetable intake dropped from just over two portions per day when children were attending school, to an average of half a portion per day at home. Almost half said they had eaten no fruit in the same period, yet many reported a large increase in their consumption of sugary drinks and snacks.

As a school Governor and mother of two children in primary school, I’ve heard countless praises of the School Fruit and Vegetable Scheme. Children are naturally hungry mid-morning and fruit and vegetables are the perfect snack. By eating together in the classroom or playground, pupils try fruit and veg that they wouldn’t otherwise try at home. Only last week my niece (a fussy eater when it comes to veg) told me the first time she had ever tried sugar snap peas was in Year 2 when she had free fruit and veg at school. Teachers often integrate it in the curriculum too by using fruit and vegetables in numeracy and literacy lessons.

The reinstatement of the School Fruit and Vegetable Scheme is good news but still some way off when it comes to tackling historical low levels of fruit and veg consumption and under-investment in school food. It only reaches children in Key Stage 1 (pupils aged between 5 and 7) in England and there is no comparable scheme in Wales or Northern Ireland, although in Scotland some local authorities fund fruit in schools.

One of the best ways to ensure children increase access to fruit and vegetables at school is to bring back the scheme bigger and better and to introduce it to other nations in the UK. An efficient procurement process and network of delivery centres makes it possible to deliver 2.3 million pieces of fruit and vegetables to 16,600 schools in England every school day working out at around 8p per child per day. We’ve seen extraordinary progress in food and farming strategy this week. The first report from the National Food Strategy includes strong recommendations to address food poverty and inequality. And the Government’s obesity strategy has arguably some of the most ambitious new policies to date, particularly the 9pm advertising watershed for unhealthy food, with parallel restrictions online and on social media, along with constraints on promotions and progress on labelling. Expanding the scheme to all children in primary school using the set up already in place would be a remarkable value for money measure to help Government meet the ambitions of these two new strategies by helping to level off some of the inequalities in access to fresh fruit and vegetables and would be a game changer given the low levels of fruit and veg eaten by children. The latest evaluation of the scheme shows that while it leads to an increase in younger children eating fruit and veg, longer and integrated interventions would lead to long-lasting impact and sustained levels of consumption in older children.

The first and easiest change to improve the scheme would be to increase the proportion of British seasonal fruit and veg produced to higher standards. According to the Soil Association, only 30-40% of this produce is grown in the UK. Why are we serving imported rock-hard apples to children in schools surrounded by apples in season in orchards in Kent and Somerset or to children anywhere in the UK come to that? This flagship Government procurement scheme should be supporting British farmers and traders, not least to support the aims of other Government departments, but to help the economy, especially now after Britain’s departure from the EU and the uncertainty in the food and farming sector triggered by COVID-19.

The School Fruit and Vegetable Scheme should be re-specified to provide a year-on-year percentage increase of seasonal and certified sustainable produce - such as the Organic or LEAF (Linking Environment And Farming) mark - to help drive towards the Government’s aims in the Environment Bill, Agriculture Bill and climate legislation. This would result in increased fruit and vegetable consumption and benefit British farmers, children and the environment.

London has introduced a junk food ad ban that applies to all Transport for London network, including the London Underground and bus stops.

Health First, the new framing toolkit, helps us talk about children’s health in a way that focuses on inequality and the systems that need to change.

London has introduced a junk food ad ban that applies to all Transport for London network, including the London Underground and bus stops.