Brighton & Hove Food Partnership (BHFP) has been working on food poverty in a coordinated fashion for almost a decade. At the start of 2013, they set up the Emergency Food Network when there were six food banks in the city. They initially set up a Food Poverty Action Plan which became part of a wider food strategy for the city in 2018, setting up the foundations for a great working relationship with council and other partners. The Emergency Food Network grew from 21 organisations pre-pandemic to 45 now, including meal providers, food banks, affordable food projects, reaching out to around 5,000 beneficiaries. It is mostly composed of Community and Voluntary Sector (CVS) organisations but also includes money advice agencies and others working in poverty. 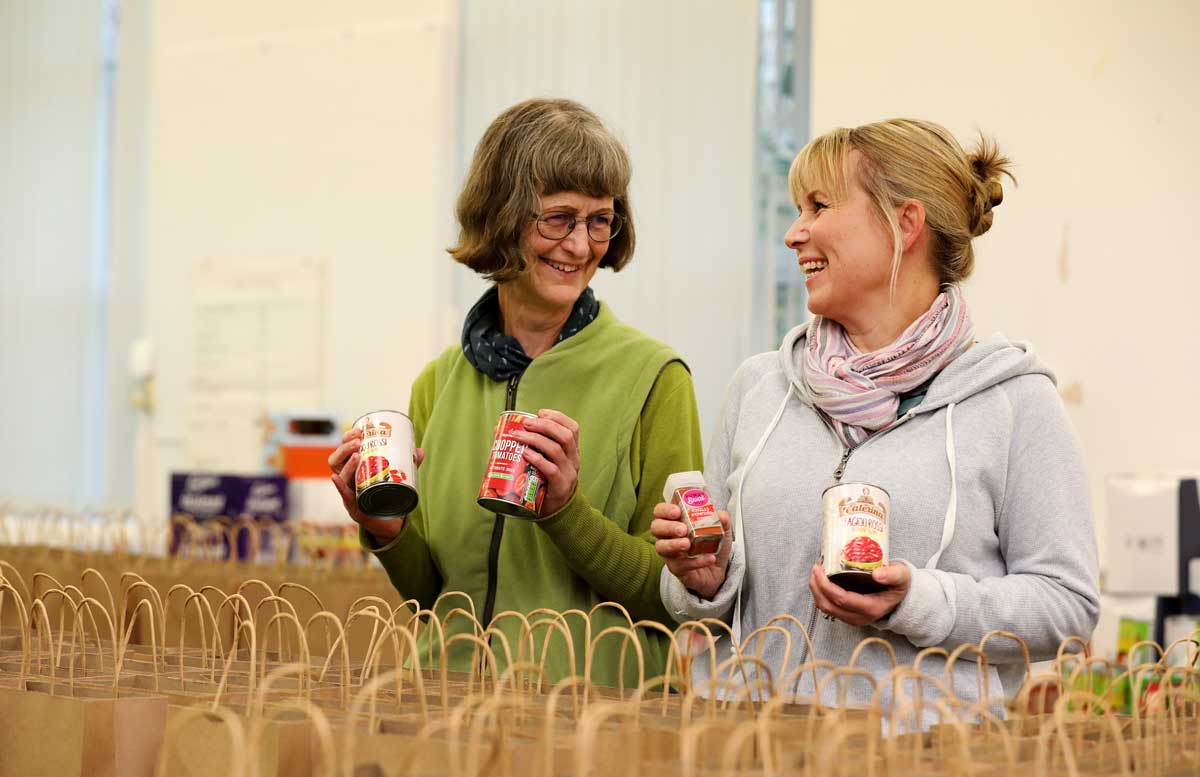 During covid, a ‘food cell’ structure was created in the council, which brings together different council departments including housing, public health and others, alongside other community organisations. This structure works well to address issues raised by the Emergency Food Network by giving a direct line to influence decision making from voluntary organisations working on the ground.

Brighton & Hove follow a cash first approach i.e. when people struggle with finances, they are directed to the council Community Hub, a single point of contact which runs a local discretionary funding scheme. The hope is that by getting people the money they need to buy essentials they don’t have to resort to a food bank.

There is a food bank that was part of a children’s centre which moved to give vouchers instead of food parcels using the HUGGG system; phone text messages with vouchers that can be used in most supermarkets. The system is also used to give out vouchers for food to families with children on free school meals during the holidays.

If people need shopping due to being housebound or other reasons, they are directed to the food access service Impact Initiatives who can provide additional support or emergency vouchers.

During the pandemic the Emergency Food Network set up a central food hub to buy bulk food at better rates. They use council premises not in use, which means that they are free, but comes with drawbacks as they move frequently if the building goes back to being used.

The food hub is the home for several projects and initiatives including a very successful ‘In the bag project’ funded by the local cricket club. It consists of ingredients and easy recipes packed into a bag which are distributed through food banks and affordable food projects. It makes use of not only surplus but allows for the incorporation of fresh produce and gluts from local growers. The food hub works as storage space for the network. They are furthermore trialling an affordable food project in a children’s centre with a view of replicating to other centres.

Despite the good levels of coordination locally, the Emergency Food Network acknowledges that action need to happen at national level and wrote to Government on several occasions calling for action on 14 points with input from members.

They are also looking at innovative ways to raise funds and cash and food donations.

To help the shortage of surplus food, they’ve set up the Food SOS campaign. to date there are 36 schools signed up to run harvest festivals and similar, encouraging families to donate food. Going into winter, the campaign will turn their sights to businesses and individuals.